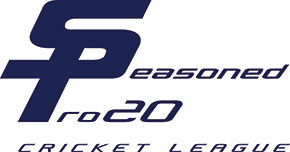 20-over Night League (some day games too). Aim is to give League teams more cricket to supplement their current fixtures plus an organised, efficient structure for non-League teams so that everyone gets to play more cricket. And of course a chance to play at night. Still a relatively new concept in Singapore.

This is Singapore's newest cricket venue and it's unique because the entire ground is made up of artificial grass. So the chances of washouts are minimised, it's a fast outfield and there will be no mud and potholes. The ground has been approved for use in the SCA League as well. The ground also has 10 15 meter high floodlights so it is well lit.

The Cage Sports Park is in between the golf driving range and the tennis courts. The cricket ground is on Pitch 2 and 3.

Please note the road to these grounds is one-way. Taxi/car is the fastest and most convenient way to get there but you can also catch a free shuttle bus from Botanic Gardens MRT. Please contact us for more details. Do note that this shuttle service won't cater to early morning or late night games but can be arranged for a small fee paid directly to the driver.

The Grandstand Mall which is next to the cricket grounds runs its own free shuttle service and it's a short walk from there (follow signs for Rainforest Sportshub and walk through to get to our grounds). Mall shuttle bus info below:

Please note that this is a multi-sports venue and not a dedicated cricket ground so there will be some inherent limitations.We aim to confirm 2 other grounds for this tournament. You will be updated on this development.

March-October 2014 though depending on various factors, this may be extended (schedule to be confirmed shortly). We'll endeavour to be as flexible as possible with the fixtures so that they don't clash with other leagues.

These will be the usual slots though we'll also have some day games (no team will play more than 1 full-day game unless they specifically request for more day games) and perhaps play on a few public holidays. We'll endeavour to be as flexible as possible with the fixtures so that they don't clash with other leagues.

(May change depending on final number of teams)
» The teams will be split into 2 groups and play a round-robin format in the 1st phase.
» In the 2nd phase, there will be a knock-out format between the teams from the different groups

All normal cricket rules apply. Seasoned Pro20 Cricket League will follow the same regulations as the SCA and night cricket rules but with a bit more flexibility and bye-laws which is at the Organiser's discretion.

There's no limit to the number of players in the team's squad. But we ask that each and every player is registered with us.

» $950 one-off registration fee covers both team & players (no limit). Must be paid before participation.
» $375 - match fees per team per game

The match fees covers ground fee, balls, umpires & scorer. If less than 50 minutes play happens because of rain/lightning, no match fees will be charged but officials need to be paid.

Participating teams are a mixture of SCA League teams, other league teams, some non-league teams and also social teams. We're looking at streaming the teams into the 2 groups to ensure more competitive games.

We're building slowly and having tried it out in the past, we're not in favour of cash prizes (for now) as it can dramatically change the dynamics of a tournament. So for this season:

We will have a temporary shop set-up at the grounds care of Skiya Sports on matchdays selling cricket equipment and apparel.

All fixtures, standings, profiles, results and stats can be viewed on our website www.seasonedprosg.com